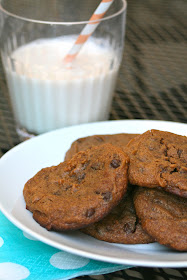 Earlier this week, I shared a recipe for "paleo" ravioli. I was so freaking excited to bestow it upon you because pasta is probably one of the things I miss most from my diet (and by diet, I mean, the way I eat, not like, "I want to lose 3 pounds" a la Regina George diet...although that would be totally fine too!) and I figure you guys--the Cupcult--and I are basically the same person, so you would probably be hella excited to find a new recipe that may not be exactly like pasta, but pretty much curbs the craving when you have it, know what I mean? 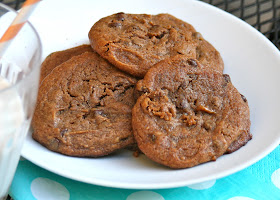 Naturally, it was a hit with a variety of people. However, despite what I thought was maybe one of my greatest achievements in the "paleo" recipe world, there were critics. Normally, I'd embrace [constructive] criticism. It's something I have to do at work all the time, so if someone has pertinent feedback or me and initiates an intelligent conversation about something, I welcome it. But these critics were more, as one Tweeter put it, "Paleo" elitists. (I used the term Nazi, and I'm still not sure it's inappropriate, but whatever...) Specifically, they took issue with my use of cheese in the ravioli filling. The ravioli filling that I explained was entirely optional (I almost always explain that the cheese in my recipes is optional, btw). The ravioli filling that I ate and not anyone else who didn't want to eat cheese. The ravioli filling that never did anything to them!!!! But apparently, when you brand yourself a "Paleoid," you're suddenly equipped to make judgment calls about everyone else's version of "Paleo." Guess I missed that memo in the welcome kit. 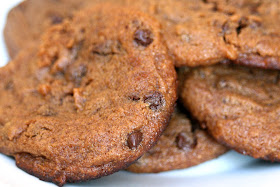 I've only gone into detail slightly here about what the "Paleo" diet entails because I figure if you don't know, you'll find out somewhere else with far more accurate and serious information. I mean, shit, have you SEEN my "About" section?? Anyway, put very simply, the "Paleo" diet adheres to the way our Paleolithic ancestors ate. A lot of people believe dairy (i.e., cheese, milk, yogurt, etc.) is not a "paleo" approved food. A lot of people are also uninformed and willing to believe whatever they're told at face value, so ya know, there's that. I don't mean to suggest dairy was part of a Paleolithic diet, but there is evidence that suggests dairy (in its raw, full-fat, grass-fed form) can 100% be incorporated into one's "Paleo" diet, assuming it sits well with that person, because it doesn't with everyone. I'm sure even some of you can attest to some form of lactose intolerance. After all, we really don't need the help of milk in our diet after age four. But this isn't a discussion of science (you can find plenty of it elsewhere). It's a discussion of what I choose to eat. And I choose to eat cheese sometimes, because it's fucking delicious and sometimes you want some goddamn cheese! 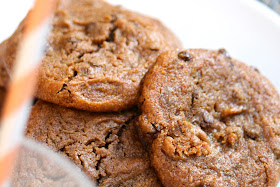 So, some people recently have been giving me shit about including dairy in foods labeled "paleo" or "Whole30," but the truth is the dairy subject is very grey territory in the broader discussion, which is why it pisses me off to no end that these "Paleo" elitists get all pedantic and self-righteous about people who do choose to include it in their diet. These people who are supposed to be more enlightened about what they eat and where it comes from, who, in the end, are no different than an oppressive group of bullies and judgers who would rather eradicate someone else's way of doing things than to simply live beside it in acceptance (hence where I got the "Paleo" Nazi thing from).

EDIT: There's actually a name for the disordered eating of people who have a beyond healthy obsession with consuming what they perceive to be healthy foods. It's called Orthorexia, and I wouldn't be surprised if many "Paleo" Nazi types suffered from it. It's a good way to kill 20  minutes if you've never heard of it before.

Don't be mistaken--I'll continue to eat the way I've been eating for the past two or so years (long before any of these elitists probably even heard of the Paleo diet, I'm sureeee, said the hipster), but I'm removing the words "Paleo" and "Whole30" from my vocabulary. I'd like to do something grandiose here and start a movement where you all commit to do the same, but I'm not that influential. Yet. 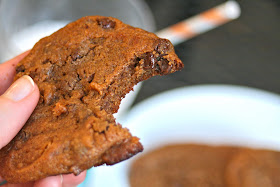 I wish I had a great word to replace it with, like Dragnificent, or something, but I'm still marinating on it. If you've got some Dragnificent suggestions, though, leave 'em in the comments! Until them, I'm either going to refer to it as "clean," "gluten free," or simply whatever it is. Not entirely helpful, but you get the idea. 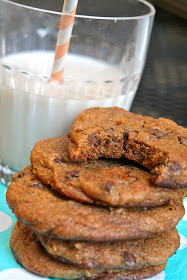 To that end, I made these, er...um..., CLEAN, GLUTEN FREE cookies! And just like the ravioli from Monday, I am super excited to share these with you for the following reasons:

1. They actually taste like real cookies.
2. They literally have no flour. Like, none...not even almond or coconut flour!
3. There are only a handful of ingredients, many of which you probably have lying around. Therefore, you should make them tonight. 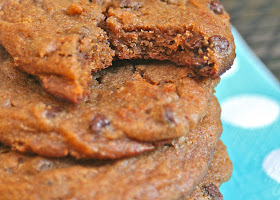 You know what they're made of? Almond butter! And some honey. And an egg. And a little baking soda and salt. And some Enjoy Life chocolate chips, duh. And that's it!! I love these because they're a soft cookie, the way I like it, despite their dark amber color, which is attributable to the color of my almond butter. They also have just the right amount of sweet--but please hear me when I also say that you can control how much honey you want (read: feel free to use less or a different sweetener or NONE altogether if you want to), because you totally can. But I didn't, because that's how I roll. And I'm good with that. 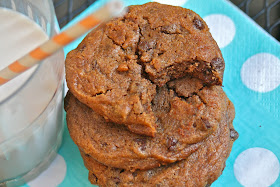 Served alongside a nice cold glass of Almond Milk (see, I actually DO have limits when it comes to dairy--not that I care if you don't!), these are all the cookie and judgment you need.

Better For You Chocolate Chip Cookies (grain free, gluten free, dairy free, refined sugar free)
Makes about a dozen
Adapted from Detoxinista
1. Pre-heat oven to 350 Degrees F. Line cookie sheet with non-stick foil.
2. In a bowl, whisk all ingredients (except the chips) together. When combined, gently fold in chips to incorporate.
3. Using a regular spoon, spoon about 2 TBSP worth of batter onto the cookie sheet, about 1.5 inches about. The batter is loose, but it actually doesn't spread a lot.
4. Bake for 8-10 minutes (until just slightly firm). Remove from oven and let cool for another 10 minutes on the cookie sheet. This is important to make sure they "set up" right.
5. Remove cookies from sheet and allow to finish cooling on a cookie rack. Store in an airtight container.
CupcakesOMG! at 8:00 AM